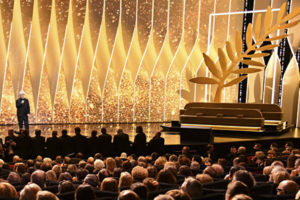 And now 2018 Cannes Film Festival came to an end and competition jury announced which films won the festival’s biggest prizes, including the Palme d’Or

So, you can see the complete list of Cannes 2018 winners.

The Palme d’or was awarded by Cate Blanchett.

The Grand Prix was awarded by Benicio Del Toro and Chang Chen.

The Jury Prize was awarded by Gary Oldman and Léa Seydoux.

BEST PERFORMANCE BY AN ACTOR

The Best Performance by an Actor Prize was awarded by Khadja Nin and Roberto Benigni.

The Best Screenplay Prizes were awarded by Robert Guédiguian and Chiara Mastroianni.

BEST PERFORMANCE BY AN ACTRESS

The Best Performance by an Actress Prize was awarded by Ava Duvernay and Asia Argento.

The Special Palme d’or was awarded by Cate Blanchett.

ALL THESE CREATURES directed by Charles WILLIAMS

SPECIAL DISTINCTION BY THE JURY

The Palme d’or and the Jury Special Mention for Shorts Films were awarded by the President of the Short Films and Cinéfondation Jury, Bertrand Bonello.