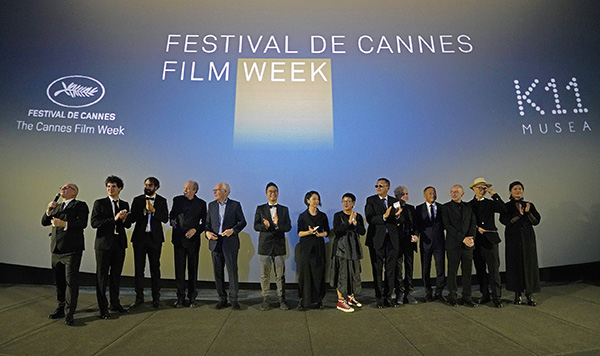 The first Festival de Cannes Film Week in Asia made its debut at cultural destination K11 MUSEA. Led by Adrian Cheng, founder of K11 Group and Thierry Frémaux, General Delegate of the Festival de Cannes, this iconic week for cinema culture in Hong Kong and across Asia took place from November 12th to 17th.

The film industry elites joined the event alongside up-and-coming actors and actresses including Fala Chen, Janice Man, Hanna Chan, Adam Pak, Rachel Leung, and Himmy Wong, setting the stage for an incredible evening of cross-cultural dialogue over a universal love of film. 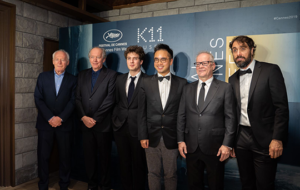 To present the opening screening of On a Magical Night, Thierry Frémaux welcomed the guests and was joined by the film’s starring actor Vincent Lacoste.

“Hong Kong came so often to Cannes, it was natural for Cannes to come to Hong Kong. We are very happy to be here” – Thierry Frémaux, General Delegate of the Festival de Cannes.

“It is my great pleasure to present Asia’s first Festival de Cannes Film Week at K11 MUSEA,” said Adrian Cheng. “Our goal for K11 MUSEA and the wider district Victoria Dockside is to build a ‘Silicon Valley of Culture’ in Hong Kong, and in working with Thierry and his team, we have found a partner with the shared vision of propagating film culture, incubating international talents and making world-class cultural content more accessible for our audiences. I hope this is the first of many Film Weeks to come.” 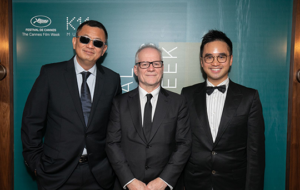