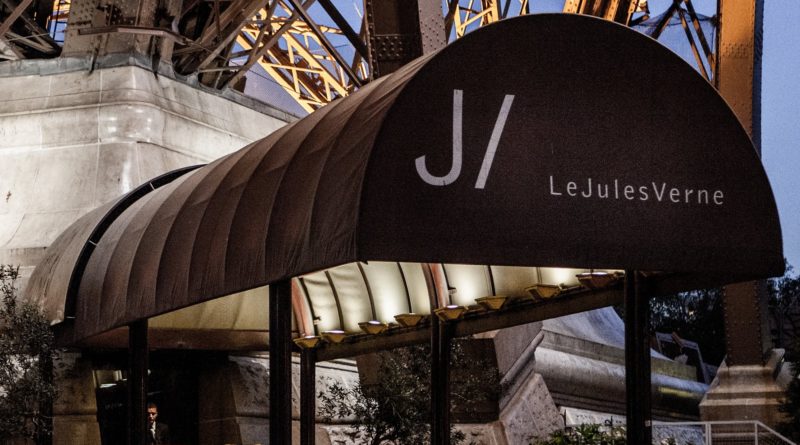 Le Jules Verne is not just a restaurant, but a place where your dream will lead you. The establishment is located on the second tier of the Eiffel Tower, at a height of 125 meters. Needless to say, what kinds open from viewing platforms. Does someone deny themselves the pleasure to admire the capital of France from a bird’s eye view?

The Parisians say that Guy de Maupassant was a regular guest of the restaurant in his day. It’s no secret that the writer was not enthusiastic about the main building of France, and explained his choice of the institution by the fact that “this is the only place in the whole of Paris from where you can not see the tower.” It’s hard to believe that Monsieur Maupassant was here only because of this reason, Le Jules Verne has been one of the best restaurants in Paris and Europe since the opening. 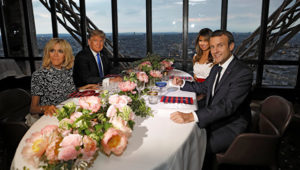 For all the time of existence of the famous institution, it was visited by so many celebrities that from their portraits one could make wall-papers in every hall: businessmen, politicians, actors, directors, show business stars and other rich and famous. It’s not surprising, because here come not just to admire Paris or eat – this is the place where real gourmets meet. One of the last known guests of the restaurant were the President of France and the President of the United States, accompanied by his wives. Emmanuel Macron and Donald Trump enjoyed delicacies of gourmet cuisine and enjoyed the atmosphere of the old city. According to the Nordpresse edition, the leaders of countries ordered dishes worth 154,953 €. Emmanuel Macron said that he will pay the bill out of his pocket, not for public funds. For the sake of this dinner, the restaurant was closed for visitors for a whole day. 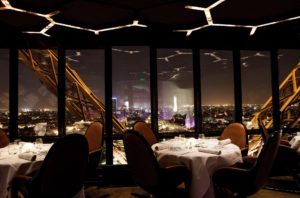 The head of the institution is the main restaurateur of France Alain Ducasse, the first chef, who received three Michelin stars for three different restaurants. Chef of the restaurant – Pascal Ferro. This tandem is envied by a large part of the famous restaurateurs from around the world. 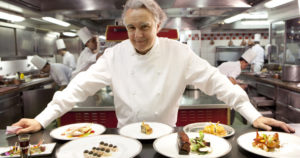 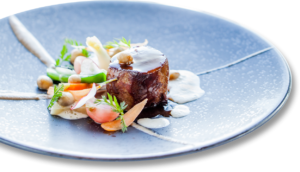 Behind the glass, a team of professionals skillfully conjures up over the dishes, creating exclusive gastronomic masterpieces. Often guests take a look from the panorama of Paris to the kitchen and watch with pleasure the actions of the masters of culinary business. Gourmets are offered to try calamari stuffed with champignons, golden caviar and royal langoustines, caramelized duck and, of course, foie gras. The wine card consists of 450 best wines from all regions of France, carefully selected by experienced sommeliers, which will help you choose astonishing wine to your order. The atmosphere of the establishment is sustained in the best traditions of romantic Paris: candles, porcelain, elegant tablecloths and napkins, live music, as well as soft, warming lighting.

Despite the high prices (the average check per person is 250 €), it is rather difficult to get here – a table for lunch should be booked two to three weeks before the visit, and a dinner table – at least a month. Ordering a table in the restaurant Le Jules Verne you can not only get acquainted with the best traditions of French cuisine, but also to feel on yourself what it means to be a real aristocrat in Paris.