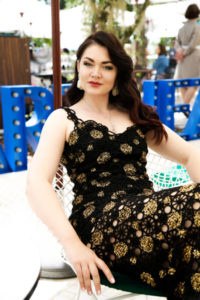 Started her career at Russia’s top TV channels: NTV (as presenter of her own morning show “Glamour” since 2007) and Rossiya Federal TV Channel (as presenter of “Society Chronicles” since 2009).
Was the founder and producer of the campaign for organizing society events and golf tournaments in Moscow.

In 2008, together with Italian designers, she launched the jewelry brand De Tiara, which is widely sold in Europe and has a number of single-brand boutiques and a flagship store in Monte Carlo.

In 2015 moved to Monaco, where she founded the international media group City Life 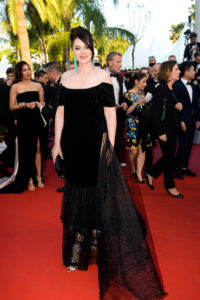 comprising the City Life TV channel (broadcast in HoReCa across Europe), a production company (which produces TV content), and an event company (which organizes society and public events in Europe).

In 2019 Maria-Grazhina will present her most ambitious project yet, one she has spent several years preparing with Trust Events partners and other organizers. It is the World Bloggers Awards ceremony, which will premiere in May 2019 at the Cannes Film Festival.