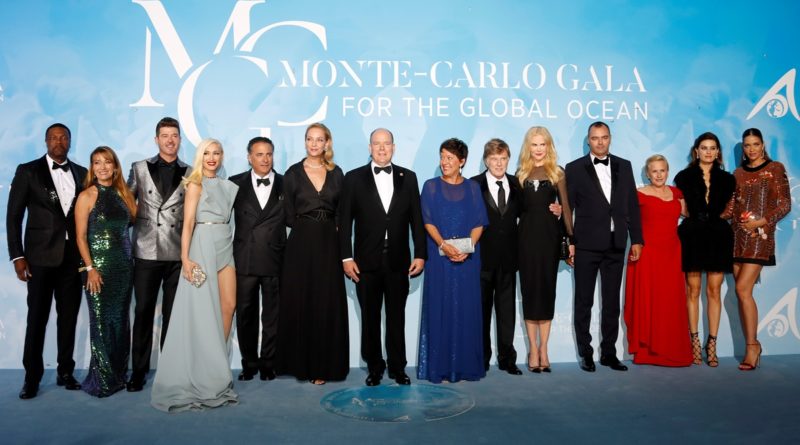 Presided by HSH Prince Albert II of Monaco, the third Monte Carlo Gala for the Global Ocean took place on Thursday, September 26, 2019, during the Monaco Yacht Show, on the spectacular Terraces of the Opera de Monte-Carlo. This major fundraising event gathered international artists and philanthropists for an exclusive gala in favor of the Foundation’s worldwide initiatives dedicated to a sustainable Ocean.

This year’s gala honored iconic actor Robert Redford with performances by Stefani, Andrea Bocelli, and Kool & The Gang and after-party mastered by Robin Thicke. Auction items included electric motorcycles, a royal dinner at Versailles and an arctic expedition with the prince himself.

Proceeds will be used to help the Foundation’s initiatives, which includes the development of marine protected areas, protection of threatened marine species, the mitigation of the impact of climate change and acidification on the Ocean, as well as the fight against plastic pollution.