This year, nine films competed to get an award. The jury is composed of 4 young people from Nantes, between 18 and 23, selected on application. This jury awards a prize sponsored by Groupama among the films in competition.

After the screening of TEL AVIV ON FIRE by Sameh ZOABI at the Grand T theater in Nantes, the jury of this 40th edition awarded the following prizes

GOLDEN BALLOON sponsored by the City of Nantes accompanied by a prize of 6,000 euros 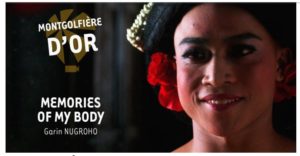 SILVER BALLOON sponsored by the Loire-Atlantique Departmental Council accompanied by a prize of 4,000 euros 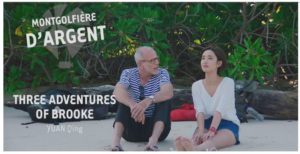 SPECIAL MENTION OF THE JURY

YOUNG JURY PRIZE sponsored by Groupama accompanied by a prize of 1,000 euros

WIK FIP AUDIENCE PRIZE sponsored by Wik and Fip accompanied by a prize of 1,500 euros 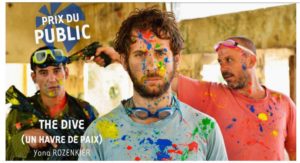 in Nantes at le Cinématographe

in Paris at the Cinémathèque française