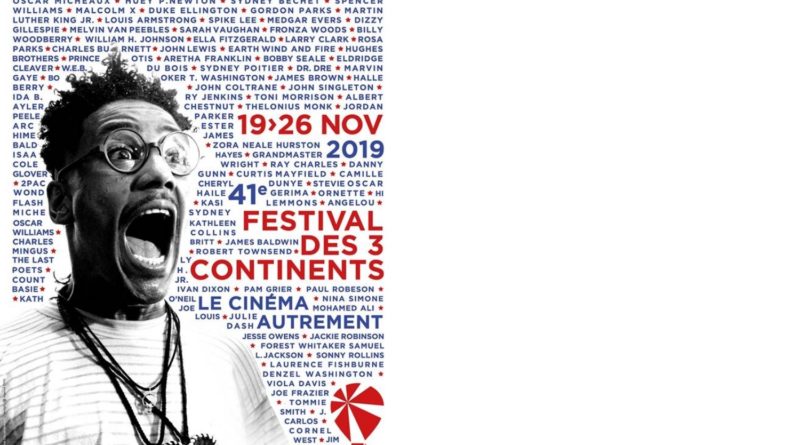 THE BLACK BOOK OF AMERICAN CINEMA

The Festival des 3 Continents, echoing the particularly intense period of American cinema, offers an anthology covering a century of representations of the black population of the United States in the cinema. It is one of the biggest retrospectives devoted to the « Black Question » ever presented in Europe.

A key figure of Hong Kong cinema, Tsui Hark has made around 50 films. Through him, the spectacular in action cinema has opened the door to the wildest stylistic experiments and hybridizations. A look back at the films which, since the 1980s, have built a bridge between Hong Kong and a new generation of French film-lovers.

Better known for its extraordinary natural landscapes, Costa Rica has also developed true film-making ambitions. Its distinctive characteristics (one of which is the overriding place of women in the cinema industry) have guided our choice of programme content.

A selection of full-length films, fiction or documentary, will have their premiere in France and be subject to the appreciation of a jury of professionals (who award the Montgolfière d’or and Mongolfière d’argent prizes), the public (Wik-Fip Public Prize), and a young jury (Jury Jeune Prize).

A selection of recent films, previews, and unseen films

FIRST STEPS TOWARDS THE 3 CONTINENTS

First Steps Towards the 3 Continents offers a selection of films for children and their families to help them discover other cinemas. This year’s programme includes The Breadwinner by Nora Twomey, Pachamama by Juan Antin and L’écureuil qui voyait tout en vert by Behzad Farahat and Nahid Shamsdoust. This programme is accessible to children from the age of 4.

Following workshops in Israel, Durban, Agadir, Bangkok and Taipei during the present year, the Festival des 3 Continents is hosting its 19th Nantes workshop aiming to familiarize young producers based in Africa, Latin America and Asia with a variety of important tools and international coproduction techniques by coaching individual projects in development. Six full-length film projects from Senegal, Zimbabwe, Ethiopia, Libya, Nepal and Vietnam have been chosen to participate in the workshop.

EVENTS OPENING CEREMONY OF THE FESTIVAL

Tuesday, 19 November 2019 – 7.30 pm at the Théâtre Graslin PARADE JAPONAISE (JAPANESE PARADE), Cinema Opera For the opening evening, the Festival des 3 Continents, in a coproduction with Skênê Productions and Angers Nantes Opéra, will be putting on an original creation showcasing the atypical work of the great Japanese filmmaker Kōji Yamamura, in his presence. This cinema opera, in two movements, is put to music and lyrics, and directed by Catherine Verhelst and Hervé Tougeron (Ensemble Skênê), backed by the Opera choir. The first movement is composed of two animated films by Koji Yamamura, Satie’s Parade (2016) and Water Dream (2017). The second is a fragment preserved from the exceptional sword movie Chôkon by Itô Daisuke, dating from

Thursday, 21 November at the Lieu Unique During his visit to Nantes, Kōji Yamamura will honour us with a masterclass. He will take us over his career, touch on the diversity of his inspirations and the particular relationship with animated films, which contribute to his international reputation. Xavier Kawa-Topor, general director of NEF (Nouvelles écritures pour le film d’animation/New writing for animated films), will be the moderator.

The full programme of the Festival will be revealed at the PRESS CONFERENCE Thursday, November 7, 10.30 am, at the Salons Mauduit in Nantes.