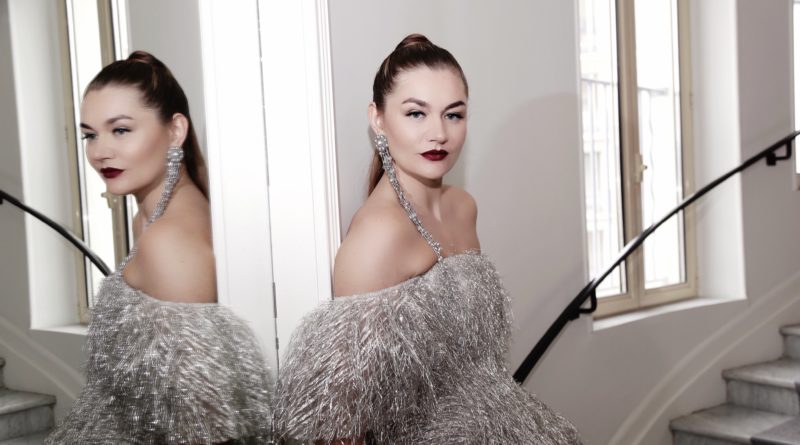 Maria Grazhina Chaplin is a producer of the World Bloggers Award 2019. She shared with us the idea of this event, plans for the future, and her experience.

You are the motor and the heart of the World Bloggers Award, how did it come to your mind to make this event?

Actually, it took me many years of my life to realize such a massive project. I’ve got 20 years of experience working in various fields, from an office assistant at the Russian State Duma when I was 20 to organizing all kinds of events in Russia and Ukraine – from beauty pageants to golfing tournaments. Most importantly, I worked at Russian federal TV channels as a reporter and presenter and then founded my own international media company. All this has led me to something that’s been on my mind for years. Why this event?

Because it’s the most relevant and at the same time unexplored field right now, marketing-wise – I mean this new blogging profession. Plus it’s a very promising showbiz event, with bloggers increasingly becoming celebrities on par with actors and actresses.

Why did you choose Cannes and the Film Festival season for the WBA presentation?

The Cannes Film Festival has turned into a genius PR platform that simultaneously attracts all kinds of powerful people, not only from the film industry but also showbiz and lots of different businesses. It’s a place and a time for people to forge new business connections, to launch all sorts of projects. The hotel where our event was held has become a huge office, a photo, and TV studio, for a luxury segment of the business, I guess. On every floor, you’d see meetings, shoots, negotiations… It’s really exciting. The Cannes Film Festival has long outgrown its film industry base.

How were the nominees selected?

Over half of the year, bloggers and influencers have applied and received invitations from the World Bloggers Awards organizing committee to participate in the contest.

During the last month, the jury has been studying the account history of each participant and evaluating the achievements in different categories. About 50 bloggers distinguished by their professionalism in their respective field have reached the World Bloggers Awards Final

Criteria of selection: number of followers, professionalism (quality of the posts, authenticity, etc.), genuineness of the influencer (activity, relationships with followers, etc.), fans engagement (numbers of comments), influence ability (according to qualitative analysis of the comments), sustainability.

You must know many entrepreneurs, bloggers, influencers, fashion designers, how do you combine all these celebrities together?

As in any other show business, everything depends on the person. Funnily enough, there are still some superstars who are open to communication and cooperation – not many, but they’re there. A lot of them have become our friends after the show, and we appreciate every minute of their support and look forward to long-term collaboration. Our ship is set for a really big voyage.

The Gala was followed by millions of people all over the world, how do you feel after this big success?

It’s my job. I don’t feel anything special. I guess the time to rest on my laurels was when I was 20 and worked as an assistant to a member of the State Duma of the Russian Federation, or when I was 23 and a presenter at central federal TV channels. I’ve gotten over myself when I was young, now I treat it as just a job. The audiences tend to think that stars or successful people revel in their fame and indulge in grandstanding. But in fact it’s not like that at all: for every successful person this “stardom” comes through blood, sweat, and hard labor, and each small achievement is a result of many days and hours of work. So, coming back to WBA 2019, I think the result of the work is good but I’d like to emphasize that this was only the unveiling of the project. Next year it’s going to be a large auditorium with 5,000 viewers. I’m never fully satisfied with myself, and that’s what keeps me going.

I heard you are planning to make the next event in London? Can you tell us information about when, where, and how it will be?

We’re looking at two cities, London and Miami. At present, our organizing committee is leaning toward the London location. I do believe it is the capital of the world. And since our blogging event is a global thing, I think it should take place in the world’s main city. If not 2020, then in 2021 we’ll definitely do it in London.

Tell us about your next projects?

What is your prediction about the “blogger” industry? Do you think it will prosper? Who is a successful blogger for you?

Definitely, I believe that the blogosphere will not only flourish, but the Influencers themselves will control many processes. The world of youth is completely gone on the social network. People who have beautiful and successful pages on social networks are becoming more and more interested in society. I think that in 10 years without a beautiful and successful profile you are unlikely to be considered a member of society.

The bloggers are not yet aware that they are no longer just basic people. They no longer belong to themselves. They are the property of society. Millions listen to them. Already today they must think about what they are writing about and what promise they bring to society. These people are simply obliged to work on the depth of their messages and promote a sustainable lifestyle. These people can influence and change our world for the better.

Probably the most successful are those influencers who are known even to those who are not really into social networks. Among them, of course, is Gianluca Vacchi, who is known to the whole world for his absolutely positive videos with dances, and also as a successful DJ. Nusret, who won the hearts with his culinary videos and turned the process of cooking meat and salting procedures into the show. Chiara Ferragni, the blond leader of the fashion world, a style icon for millions of subscribers. Probably, these are the three loudest names and we are proud that two of them have won the WBA prize. Chiara, unfortunately, was unable to attend because of the schedule, but, obviously, we are waiting for her next year.