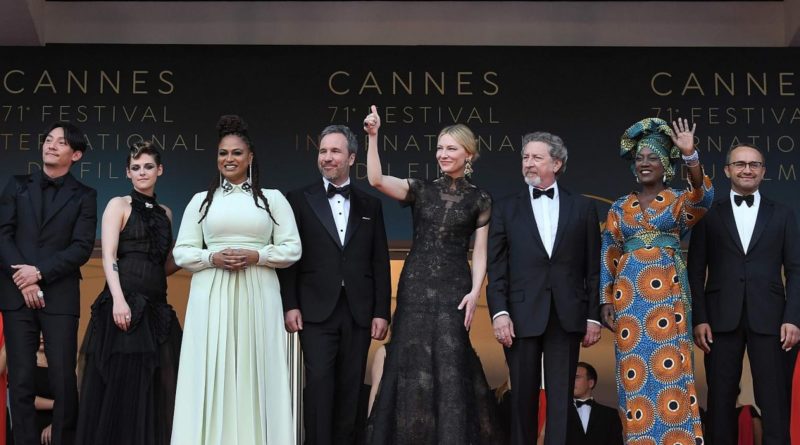 A Cannes Film Festival grappling with issues of gender equality and was declared open Tuesday by Martin Scorsese and Cate Blanchett , before the premiere of Asghar Farhadi’s “Everybody Knows.”

The Festival opened at the Grand Théâtre Lumière with an excerpt from Pierrot le fou by Jean-Luc Godard, from which the poster for this 71st edition was taken.

After the screening of a montage of the films that will be vying for the 2018 Palme d’or, singer Juliette Armanet came on stage to perform Les Moulins de mon cœur, composed by Michel Legrand, and winner of the Oscar for Best Original Song in 1969.

Scorsese, who won the festival’s top prize, the Palme d’Or, for “Taxi Driver,” was in Cannes for an anniversary screening of his 1973 breakthrough “Mean Streets.” Brought out to officially open the festival, he invited Blanchett to join him in the middle of the Palais des Festivals’ stage. At last, Martin Scorsese and Cate Blanchett announced that the 71st Festival de Cannes was opened.

The first film in Competition, Todos Lo Saben (“Everybody Knows”). Oscar-winning Iranian director Asghar Farhadi’s psychological thriller has played at the opening of the Cannes Film Festival while other Iranian, Russian, and Kazakh films were in the running for the festival’s  Palme d’Or award. Starring Javier Bardem and Penelope Cruz, “Everybody Knows” is Farhadi’s first movie in Spanish and the first Spanish-language movie to launch the festival since Pedro Almodovar’s Bad Education in 2004.

While “Everybody Knows” is opening the festival, much of the drama at this year’s festival is in fact happening off screen.