ANTWERP, 18 NOVEMBER 2019. “Millennium’s” Noomi Rapace and “The End of the F***ing World” actress Jessica Barden star in a new project directed by Tom Van Avermaet and co-written by Alison Kathleen Kelly. Van Avermaet, who received an Oscar nomination for his 2012 short “Death of a Shadow” with Matthias Schoenaerts, completed production of the new short film “Hearts of Stone” in Antwerp (Belgium). 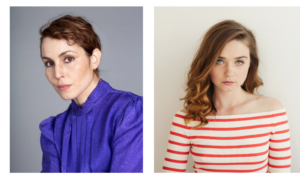 In the heart of a bustling metropolis, Paula, a lonely street artist, entertains people as a living statue. She longs for an impossible love with Agatha, a stone sculpture next to which she can be found every day. One day, when reaching her familiar spot, she finds her stone companion replaced by an abstract, modern sculpture. After a frantic search, she discovers Agatha cast aside amidst a group of discarded, classical statues who have lost their place in the modernizing sculpture park. As the sun sets, Paula finds herself trying to wake the lonely statue from her stone slumber.

“I am always fascinated by stories of impossible love, and somehow it made sense that someone trying to become a statue on a daily basis would fall in love with a real statue. The unattainable desire between the two characters of Jessica and Noomi seemed very cinematic. A poetic twilight zone between dream and reality arises, which to me is the heart of the story.” says director Tom Van Avermaet.

Director Tom Van Avermaet is an award-winning writer/director represented by CAA and Sentient, a past winner of a European Film Award and nominated for an Academy Award. He graduated with honors at the prestigious RITCS in Belgium with his thesis film “Dreamtime”, which had a very successful festival career. His Oscar-nominated short film “Death of a Shadow” starred Matthias Schoenaerts (“Bullhead”) and Laura Verlinden (“The Brand New Testament”, “Happy End”). 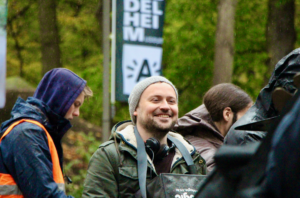 Noomi Rapace’s credits include the film adaptations of the “Millenium” series, a portrayal for which she garnered a BAFTA Nomination; as well as “Sherlock Holmes: Game of Shadows,” “Prometheus,” “Dead Man Down,” “The Drop” and “What Happened To Monday.” She can currently be seen in Amazon’s “Jack Ryan” and recently completed production on “The Secrets We Keep” and “Lamb”. Jessica Barden is best known for the British Netflix series “The End of the F***ing World,” “The Lobster”, “Jungleland” and the upcoming “Pink Skies Ahead” with Marcia Gay Harden. BAFTA named her one of its “Breakthrough Brits” last years.

‘Hearts of Stone’ is produced by Katleen Goossens for Bulletproof Cupid in co-production with Jaako dobra produkcija in association with Nukleus Film. The film is supported by the Flanders Audiovisual Fund of Flemish Minister of Culture Jan Jambon, the marketing fund of the City of Antwerp and the Croatian Audiovisual Center. BNP Paribas Fortis Film Finance acted as a Belgian Tax Shelter investor. 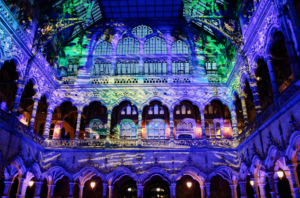