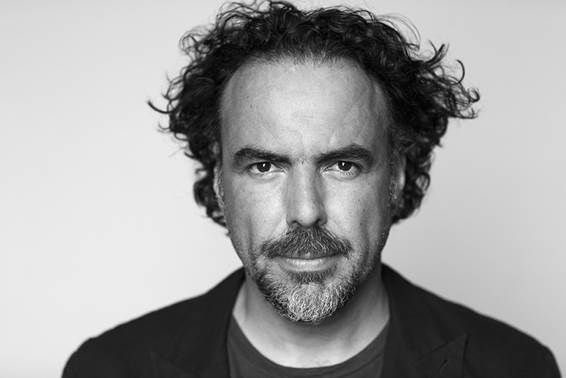 Mexican director Alejandro González Iñárritu is to be President of the Jury of the 72nd Festival de Cannes, taking place in May 2019.

“Cannes is a festival that has been important to me since the beginning of my career, he has declared. I am humbled and thrilled to return this year with the immense honor of presiding over the Jury. Cinema runs through the veins of the planet and this festival has been its heart. We on the jury will have the privilege to witness the new and excellent work of fellow filmmakers from all over the planet. This is a true delight and a responsibility, that we will assume with passion and devotion.”
For their part, Pierre Lescure, President of the Festival de Cannes, and Thierry Frémaux, General Delegate, are delighted that the filmmaker has accepted their invitation: “It is very rare for Alejandro G. Iñárritu to agree to take part in a jury, and this is the first time that the Festival de Cannes Jury is to be chaired by a Mexican artist. Cannes embraces all types of cinema, and through the presence of Babel’s director, it is Mexican cinema that the Festival will be celebrating”.
“Not only is he a daring filmmaker and a director who is full of surprises, Alejandro is also a man of conviction, an artist of his time. We are always happy to welcome him on the Croisette and, in 2017, have been particularly proud to present “Carne y Arena” (Virtually present, Physically invisible) into the Official Selection, a virtual reality installation that addressed the question of migrants with great strength and humanity”.
Alejandro G. Iñárritu succeeds Cate Blanchett, Jury President of the 71st Festival de Cannes, whose jury awarded the Palme d’or to Shoplifters by Japanese director Kore-eda Hirokazu.
The Festival de Cannes 2019 will take place from Tuesday 14 to Saturday 25 May.
Academy Award®-winning director, writer, and producer, Alejandro G. Iñárritu, is one of the most acclaimed and respected filmmakers working today.
Iñárritu made his feature directorial debut at the Cannes Semaine de la Critique and was nominated for a Foreign Film Academy Award with Amores Perros, a drama that explored Mexican society through three intertwining stories connected by a car accident in Mexico City.
His following credits include the critically-acclaimed 21 Grams, his first American film which explores destiny and faith in a non-lineal way and which received Oscar nominations for Naomi Watts and Benicio del Toro’s performances. Babel, was the last of his trilogy conformed by 4 fractured narratives intersected in three continents in five different languages and combined professional actors and non-actors from around the globe. It garnered seven Oscar nominations and earned Iñárritu the Best Director Award at the 2006 Festival de Cannes.
The Oscar-nominated Biutiful, an exploration of conscious impermanence, fatherhood and immigration, was his second Spanish-language film since Amores Perros which earned Javier Bardem the Best Actor Award at Cannes.

Ultimately, Iñárritu took home the prize for Best Director, Best Picture as well as Best Original Screenplay and Best Cinematography at the 87th Academy Awards for the dark comedy, Birdman: Or (The Unexpected Virtue of Ignorance). The film is an existential dark comedy exploring the ego of a forgotten superhero actor, experienced as if filmed on a single shot.
The following year, Iñárritu won his second consecutive Academy Award for Best Director for The Revenant, a meditation on revenge and brutal colonization of the west through the extinction of the natives, mixed blood prejudices and nature exploitation starring Best Actor Oscar winner Leonardo DiCaprio.
Iñárritu is the first Mexican filmmaker to be nominated for either director or producer in the history of the Academy Awards and the first Mexican filmmaker to receive a Best Picture award at the Festival de Cannes.
Most recently, Iñárritu created the VR installation “Carne y Arena” (Virtually present, Physically invisible), which previewed at the 2017 Festival de Cannes as the first VR project ever included in the Official Selection of the Festival, receiving international critical acclaim. The art installation was exhibited in Milan, Los Angeles, Mexico City and Washington DC. The Board of Governors of the Academy voted to present a Special Oscar to Iñárritu’s installation, an award given out only 15 times in the Academy’s history, and Iñárritu’s fifth Academy Award.