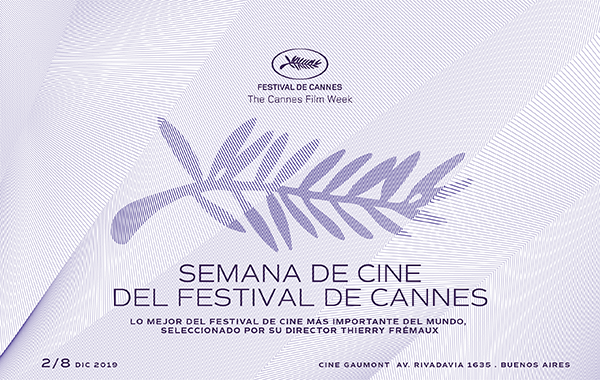 Cannes films’ world tour continues with the Buenos Aires Cannes Film Week from December 2 to 8 2019! The “Semana de Cine” has been held by the Festival de Cannes and the INCAA to coincide with Ventana Sur, the primary Latin American film market, for 11 years.

The 2019 Palme d’Or and six feature films from the Official Selection of the 72nd edition will be screened in Argentina:

MATTHIAS AND MAXIME by Xavier Dolan – In Competition

LUX AETERNA by Gaspar Noé – Out of Competition

The Italian-Argentinian director and friend of the Festival de Cannes, Gaspar Noé, will give a film masterclass on Thursday, December 5 hosted by the Argentinian director Lisandro Alonso. The session will be followed by the screening of his film LUX AETERNA with Charlotte Gainsbourg and Béatrice Dalle, which was shown Out of Competition at Cannes in 2019. 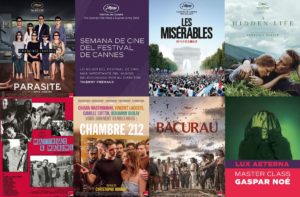 Download the Programme for full listings of the screenings scheduled for Cannes Film Week in Buenos AiresThe Cannes Film Week, which aims to spread the love of the cinema by sending the spirit of the Festival around the world, was held at the K11 Musea in Hong Kong for the first time this year from November 12 to 17.

In Romania, the tenth edition of Films de Cannes à Bucarest, founded in 2010 by Cristian Mungiu with the support of the Festival, also ran successfully from October 18 to 27.