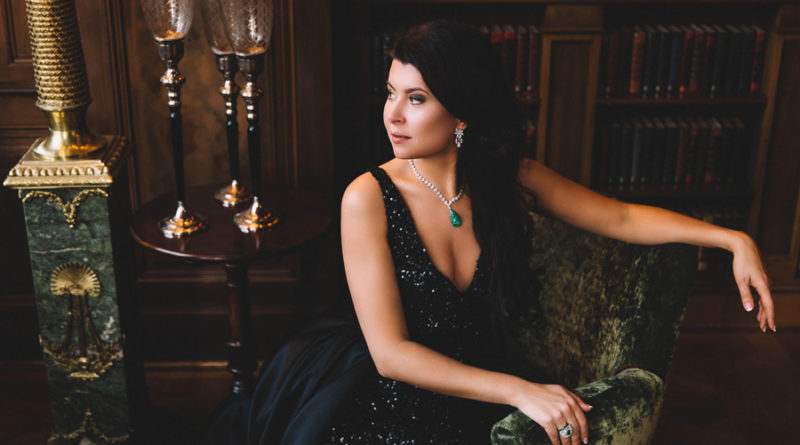 Zoryana Kushpler is a Ukrainian opera singer. Since 2007 she has been a soloist at the Vienna State Opera. Zoryana has sung in operas in Munich, New York, Shanghai, Tokyo, Madrid, Paris, Graz, Bern, and London. Awarded first prize in ARD International Competition of Bavarian Radio and Television in Munich. Voted Person of the Year 2016

in Arts & Culture in Ukraine. Won the Pride of the Nation award in Ukraine in 2017. Awarded first prize in ARD International Competition of Bavarian Radio and Television in 2000. Awarded the honorable prize “For Extraordinary Success in Opera Singing” at Schleswig-Holstein Music Festival, Germany, in 2010.

Could you name an opera house performing at which would mean the singer’s at the top of his or her career?

I’m not sure. The opera houses believed to be the best in the world are the Metropolitan Opera, New York; the Grand Opera, Paris; Covent Garden, London; La Scala, Milan; the Berlin State Opera; and the Vienna State Opera. Any singer who performs there is definitely in the top league.

Do singers have a prestige rating for opera houses that guarantee popularity? And at what place is the Opéra de Monte-Carlo? 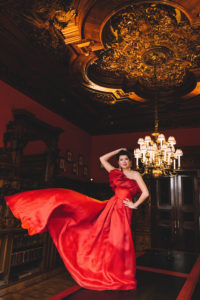 Monte-Carlo is famous but, like the Theater an der Wien in Vienna, it can only sit 500 to 600 people. So technically there’s no comparison to places like the ones I mentioned, where you could fit up to 3,000 visitors. You have to agree there’s a huge difference. Places such as the Monte-Carlo are more like chamber theaters. That’s the way they were designed to be. Although top-league singers certainly love performing at them.

As a performer at the Vienna Opera, I don’t agree that opera is out of fashion with young people. It’s actually quite fashionable—just look at how many opera singers graduate music schools around the globe. Plus opera has changed a lot, at least in the West. Unfortunately, back home there’s little progress in this area… Maybe that’s why you get the impression that it’s not trendy, an old-fashioned, conservative thing. In the West, opera is a live theater, with most singers quite young, fit, and agile. After all, the directors demand that we act 100% while we’re singing. That means we need to be physically fit.

Is there any city in the world that you would swap for Vienna? 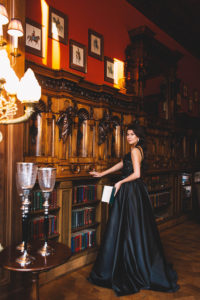 Which opera character do you feel closest to?

What is your favorite part?

What was the best compliment you’ve ever received from your fans?

It would be immodest to repeat [laughs].

Do you ever get tired of the stage?

Yes, for about five minutes [smiles].

When were you most anxious before a performance?

Before the first Carmen at the Vienna Volksoper.

What would make you go on stage even at a difficult time in life?

I went on stage a few days after my father’s tragic death. I did it for him, for all the work and soul he’d put in me. 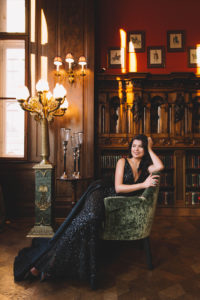 Your favorite restaurant in Vienna?

Which play would you recommend seeing to a first-time opera visitor?

If you could make one wish and it would come true, what would it be?

I never discuss my wishes. Wishes are like happiness—they prefer silence!