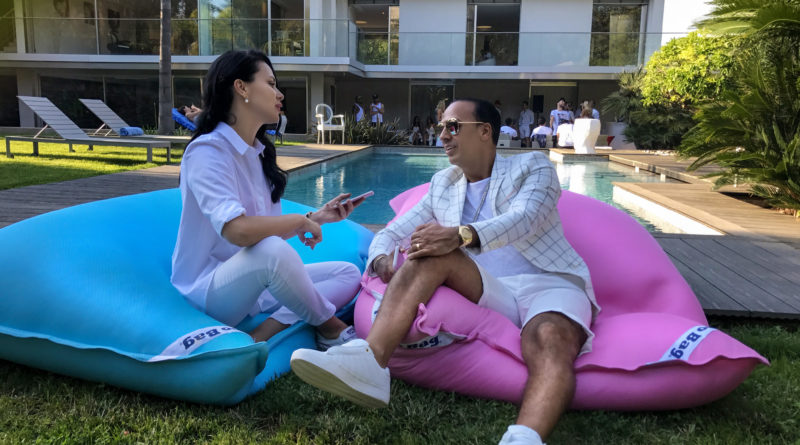 When we are talking about big show business, and about global stars, the first name that comes to mind in the organization of such events is the American Artists Company. 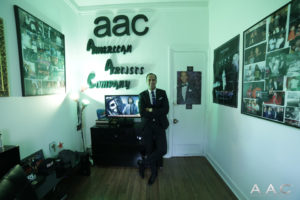 Here they know how to organize a concert of 50 Cent, Madonna, Lana Del Rey, Justin Timberlake, Beyonce, David Guetta, Pitbull, Paris Hilton and other celebrities. One of the founders of the company is Mani Nordine.
I have followed the furious rhythm of this guy’s life on social media long enough: today he is in one country, tomorrow – in another. In fact, Mani’s activities in show business are incredible! You can recognise him immediately; he is constantly surrounded by interesting personalities (probably because he is such personality himself).
We met three years ago at the birthday party of a mutual friend in Ibiza. That morning I went for a swim and saw a guy who was swimming for miles in the pool. I was amazed when I realized that this was Mani himself. Honestly speaking, following him on Instagram and Facebook, I was pretty sure that his life was a non-stop party. But this impression turned out to be absolutely wrong: he goes to bed early, wakes up also early, does daily sports, adheres to proper nutrition and drinks no alcohol! 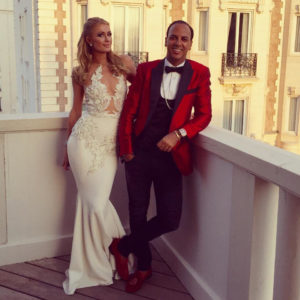 I learned about these preferences in his lifestyle when Mani brought Paris Hilton with DJ-set to Ibiza. At 12.30am everyone was still partying, chatting and dancing, but he left to rest -all because he would have another training session next day early in the morning. But this year we managed to have an interesting conversation and even record a spontaneous interview.

– Mani, tell us please, where were you born?
– I was born in Morocco, but then moved to Miami, and later to Los Angeles.
– How did you start your career in show business?
– It’s quite simple! I started working in this field in New York 20 years ago. First, I graduated from the Paris Conservatory in the class of choreography and at the age of 15 I became the winner of the international competition. The musical Charlie Chaplin made me famous and it helped me to bring my career forward.
– And who steered you toward starting to work with stars and open A.A.C.?

– I started collaborating with P.Diddy, Snoop Dogg and Akon at various events; they helped me to decide and supported me on my career change. My business partner Lalou and myself opened our first office in Miami in 1997. 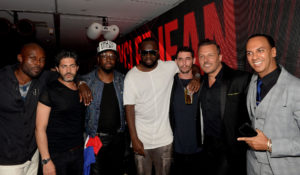 – Tell us about your personal life. It is very interesting…

– My wife is from Lithuania, her name is Nijole. She works on television, like you. We met 5 years ago, and now we have a beautiful daughter. Nicole takes care of herself a lot, she eats only organic food, practices sports etc.. We have a healthy family.
– Do you want more kids?
– Yes, at least three children.
– What are your plans for the future? 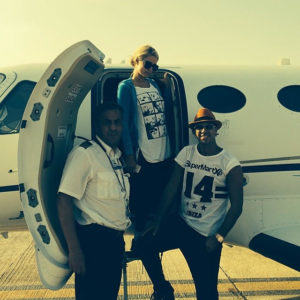 – One of my life rules is: “If you want to do something quickly, do not look back – Focus on the road ahead!” Now my main target is the opening of a new office in Dubai, since we have already two – in Paris and Los -Angeles.
– You are working with the dancing millionaire Gianluca Vacchi. Tell us how you started working with him and how you decide to work with someone?
– I just feel it. I decided that Gianluca has some potential. He tried to contact me through friends, but I did not know who that guy was and I had never heard of him. Then my wife, who was following him on social media, showed me a video. She said: “Look at this magic guy!” It was that decisive moment that led me to choose to meet him.
– Do you have any plans in working with Kazakhstan, Ukraine, Russia and other CIS countries? 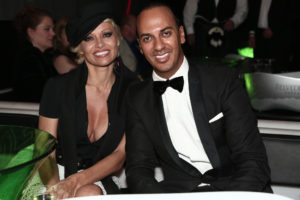 – Of course, I love all these countries, especially the mentality of your people. I was in Baku a few weeks ago with Gianluca at the Shopping Fashion Festival. Honestly the culture and the level of development of Azerbaijan astonished me. I did not expect it to be such a cool country! I love Russia, because people there think differently than Americans or Europeans. They are very straightforward: they distinguish between only white and black. With Gianluca we had also visited the beautiful city of Kiev in Ukraine. Kazakhstan is on our agenda!
– You are celebrating your birthday today. Who is here? 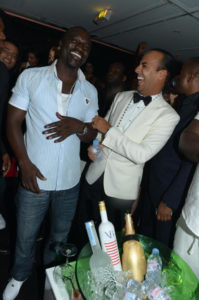 – My best friend Lalou, who is also my business partner. Here today I have people with whom I associate my life: friends and business.
– Many people think that if you work in showbusiness, then you smoke a lot, drink and do not sleep much. What about you?
– I do not smoke, I do not drink, I do not use drugs. My work takes a lot of time and effort, so I cannot be distracted by anything else. I have been in this business for 25 years, what would have happened to me if I had used all this.
– What can you wish for the young guys who are just starting their life journey? What rules to follow in order to be successful?
– Always believe in your dreams! The key to success is to push it hard in the right direction without giving up.