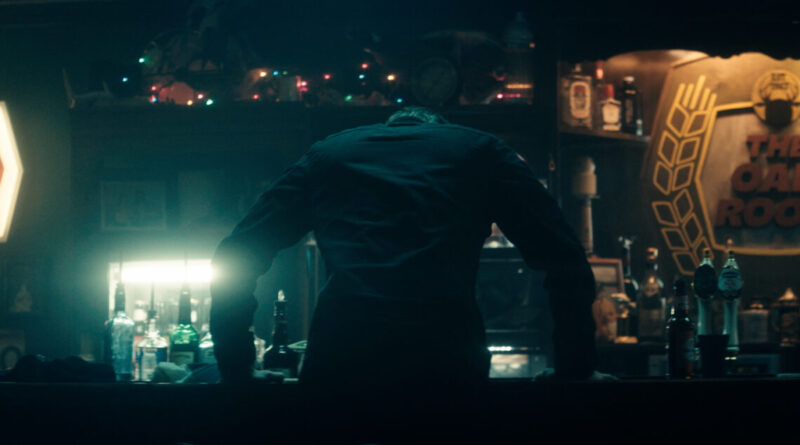 The official trailer for The Oak Room is available here: https://www.youtube.com/watch?v=PDcB1L0-6cI&t=

The thriller sees RJ Mitte in the lead role opposite character actor Peter Outerbridge and rising star Ari Millen. “It was an amazing experience working with Cody and the Black Fawn team to tell the unique and surreal story in The Oak Room,” states Mitte. “From the cast to the crew in Canada, where we filmed this, it was such a great group to work with. I’m so excited for this project to come out!”

The Oak Room marks another ambitious and exciting departure for Black Fawn Films. The character-driven and dramatic thriller blend the rural isolation of “No Country For Old Men” with the small town, gothic claustrophobia of “Frailty.” Director Cody Calahan teamed up with writer Peter Genoway to adapt Genoway’s stage play The Oak Room into the feature-length film. The original stage production took home first-place honors at the Toronto Fringe Festival in the prestigious “New Play Contest” category while also being selected as a Patron’s Pick (Theatre Passe Muraille’s top box office earner).

“The Oak Room became more and more of a personal project for me after each step of development,” explains Calahan. “My son was born right before we went to the camera and a lot of the stories in the film revolve around the relationships that exist between fathers and sons. At each stage of the process, I found myself reflecting on what the mystery of this story truly meant to me. I’m excited to see how it will connect with different audiences out there and what people will take away from it.”

Breakthrough Entertainment Inc. and Black Fawn Films will be bringing The Oak Room to Cannes’ upcoming virtual film market “Marche du Film” where the first viewings of the film will be taking place on Tuesday, June 23, 2020.

“We’re really excited to bring this riveting, northern gothic thriller to market,” states Breakthrough Entertainment’s Vice President of Distribution Craig McGillivray. “The Oak Room features some truly amazing performances from RJ Mitte, Peter Outerbridge, and Nicholas Campbell. This film is the type of story that will have audiences on the edge of their seats and instantly wanting to re-watch it.”

During a raging snowstorm, a drifter returns home to the blue-collar bar located in the remote Canadian town where he was born. When he offers to settle an old debt with a grizzled bartender by telling him a story, the night’s events quickly spin into a dark tale of mistaken identities, double-crosses and shocking violence.

Chad Archibald, Cody Calahan, and Ari Millen produced the film, with cinematography by Jeff Maher who also co-produced the project. Christopher Giroux acted as associate producer on the film while Ira Levy, Nat Abraham, Michael McGuigan, and Mark Myers are executive producers. The Oak Room was made with the support of partnerships with William F. Whites, Panavision Canada, and Redlab.

Breakthrough Entertainment Inc. is an award-winning producer and distributor of premium content for worldwide audiences. The entertainment studio’s operations include the development and distribution of feature films, television and digital content; international co-productions, and production services. Breakthrough’s digital media division ranks amongst the industry’s most respected producers of high-quality interactive entertainment on mobile and online platforms. Established over 35 years ago, Breakthrough’s library now boasts over 40 feature films and 4,000 television episodes which air on major networks and digital channels across the globe. The studio has been recognized with international awards including numerous Geminis, Canadian Screen Awards, and Canadian Comedy Awards.