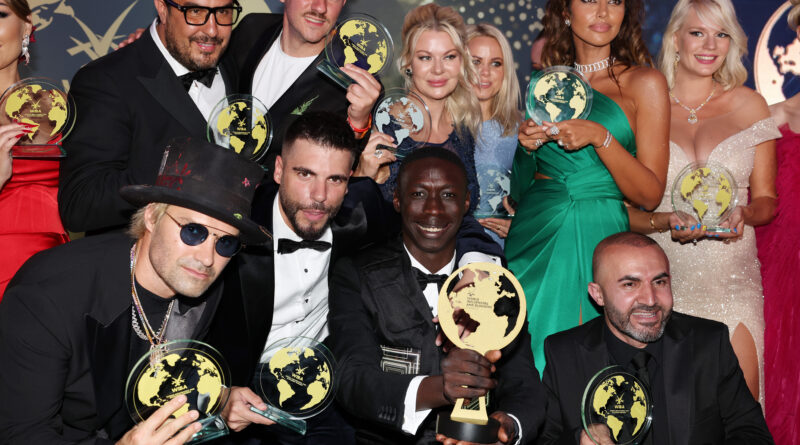 The organizing committee of WIBA is pleased to announce that the flagship event World Influencers Forum in partnership with Forbes Monaco will be held on 20th March 2023 in the heart of the Monaco Principality, the Grimaldi Forum.

It is the biggest celebration of Influencers’ and Business leadership and the premier global platform in the Influencers industry for open business networking and shaping the future together. It provides the freedom of exchanges, benchmarking opportunities among industry leaders and celebrities representing a global audience and enables high powered collaborations in the Media world.

“Influencers are here to stay. I personally think of each influencer as akin to what individual TV channels were in the past – cutting-edge creative and commercial enterprises pushing a unique program, but TV has now been surpassed in its entertainment and mass appeal by influencers on social media. Today, a single influencer is ‘broadcasting’ like a stand-alone TV channel. I can see no better or more promising avenue in 2023, or the immediate short term, where you can better promote your brand.

Hosting the first and biggest (and arguably the most glamorous!) World Influencers Forum in the world is humbling – and doing so against the backdrop of the inimitable excitement of high-octane Monaco is just an absolute privilege. My feeling is that the Forum will play a pivotal role in making history. To take my favorite ‘influencers are the new TV channels’ analogy one step further, the World Influencers Forum brings together the most important broadcast giants from around the globe under one roof. Brands that previously could only dream of access to a proverbial ‘Wednesday 3am terrestrial TV slot’ can make serious inroads to broadcasting their products to a ‘Super Bowl’ league of audiences.” Luiz F Costa, Forbes Monaco CEO.

“Influencers industry is a paradigm shift itself for the media and advertising businesses. The time has come to launch a global platform, where specialists of the industry would be able to network, communicate and elevate the impact of the media and advertising. WIF will be global and accessible for everyone. Monaco is one of the leading places in the world for summits and world-class gatherings. We are glad to announce a leading business media of Monaco – The Forbes magazine as our media partner. We are delighted to welcome our guests and participants in the First event that will unite massive industries. WIF Prize will honor the nominees for their achievements in the Media and Business worlds.” Mariia Grazhina Chaplin, CEO of WIF.

“The landscape of digital media has changed dramatically in the past two years. WIF 2023 is bringing the brightest leaders and experts together in one place to create these new trends. The businesses and brands that will shine in 2023 will be the ones that act smartly and quickly, invest in their communities and brand voice, think and act outside the box. We are looking forward to welcome Forward – Thinking Businesses, Brand Strategists, Digital and Social Media Professionals, Influencers, Talents, Media and Advertising Agencies, Producers, Creative Executives, High-end brands, Influencer Marketing and Talent Teams looking for a meaningful and empowering exchanges.” Greta Sapkaite, WIBA President

“As the newest WIBA Board member and co-host of the WIF, with the greatest honor, I express my full support of such an incredible organization. In my role as the Forbes Monaco Editor ‘Crypto’, I have the opportunity to meet and interview the most successful people in the world and, of course, the Rich & Famous as well. My aim, as a globally recognized advisor, is to help the crypto curious around the world, connect their own dots and find an “aha” moment in the process. It’s in that moment in gaining knowledge, where true wealth begins. As a Foster Care Alumni, I have come to conclude that knowledge is truly the new rich and I dedicate my life journey to inspire and lead the curious minds towards their firm confidence in the WEB 3.0 world. It’s with this mindset, that we invite you to join us, as we embark on a journey together. Not just into the world you know, but in the one you don’t. Go alone you can go far, go with WIBA, you’ll go further!” Dustin Planthold,The Count of Monte Crypto, WIBA Board member.

WIBA highlights and supports bloggers and influencers by hosting premier events and spreading critical importance social campaigns, spotlighting the individual and collective influence with the highly anticipated annual extravaganza – the World Influencers and Bloggers Awards Ceremony held in Cannes during the Film festival.

Having united and celebrated the Influencers’ voices since 2018, we will be delighted to host the change makers, paradigm shifters, and inspirational voices during the World Influencers Forum (WIF) in Monaco.