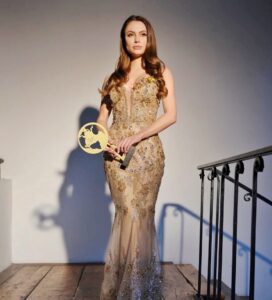 Munich-based Katerina Leroy is the definition of multi-hyphenate. The young woman has grown her own digital empire in promoting luxury brands while acquiring a massive social media presence. Fluent in four languages, she was able to gain a huge audience from all over the world. Katerina Leroy is well-versed in the art of sophrosyne. She started her social media career in marketing, helping companies employ advertising methods that best suited their product and demographic. “The reality is that people and brands want to continue to diversify the market. They want to have the tools available to do that,” she stated. Aided by her eye for beauty and natural charisma, Katerina uses her social media accounts as platforms to share her passion with an appreciative audience of people from around the world. 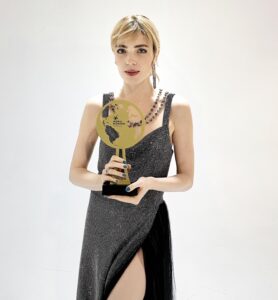 Katya Lubchik is a businesswoman, Youtube blogger – founder of the “Arbeiten” channel. Originally from Minsk, Belarus, she has worked as a model since her 18 and won many beauty contests. The YouTube channel “Arbeiten” is a project that looks inside the people’s professions and tells about working both for pleasure and money. “People are used to working only for the sake of money, but through my channel, I want to show that there is more pleasant to make money while you are enjoying your work. I want to show that there is nothing wrong with a new job, that it is not difficult to change careers, but it is more difficult to do what you do not like. “Arbaiten” is a project for those looking for themselves, for those who want to change the sphere of activity, for the curious who just wants to learn life hacks from different professions. 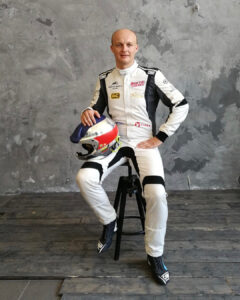 Deividas Jocius is a professional racing driver from Lithuania at the World Rally Championship WRC Ford M-Sport factory team. Born in Kaunas in 1981 and start his career in 1999. Deividas made history after a colossal crash three years ago when he rolled 40 times, got a lot of injuries, and broke 13 bones. After 2.5 months of hard rehabilitation, he did the Monte Carlo Rally and showed good results and unbelievable motivation for the future. Today he has a seat at the M – Sport Ford World Rally Team and drives one more time at the Monte Carlo Rally with the highest level car in the World Rally Championship. “Never give up!” – is his life philosophy.

There are 24 winners in each category: Sara Bella, Ginta Kubiliute, Akash Mehta, Maria Bernad, Olia Kedik, and even a dog  – Malcolm the Akita was awarded. The complete list of winners can be seen at bloggersawards.com.
“This year has become a springboard for the birth of new interesting bloggers with exciting and educational accounts on Facebook, Instagram, TikTok, and YouTube. Looking for a positive in 2020, I can honestly say that for many of us, it has opened the door to the world of blogging and opened new talents in the blogosphere. We hope to see them live at the ceremony in 2021 in Cannes.”- Maria Grazhina Chaplin, CEO of the WIBA.
The World Influencers and Bloggers Awards is the first global award for the best opinion leaders and bloggers worldwide for their most significant influence and achievements in various areas. The first ceremony took place in May 2019, in Cannes during the Cannes Film Festival. The World Bloggers Awards is launched by the World Influencers and Bloggers Association that represents a community of bloggers and influencers with over 200 million followers on social media (Instagram, Twitter, Facebook, TikTok, Youtube). WIBA is a multi-facet and fast-growing organization that integrates the Association, WIB Academy, WIBA Promo Lab, WB Agency, Digital Contest, and the flagship event – World Influencers and Bloggers Award. WIBA is people’s voice and an efficient way to reach across generations, across all genders, races, and nationalities, and across all continents, speaking different languages and representing diverse backgrounds and professions.